Reversi is an abstract strategy board game invented during the Victorian era. It has remained popular for more than a century being given a boost in the 1970s when a version of it was re-marketed under the name 'Othello' and another in the 1990s when a computer version of it was included with the Microsoft Windows operating system.
Reversi involves play by two parties on an eight-by-eight square grid with pieces that have two distinct sides. Pieces typically appear coin-like, with a light and a dark face, each side representing one player. The goal for each player is to make pieces of their colour constitute a majority of the pieces on the board at the end of the game, by turning over as many of their opponent's pieces as possible. 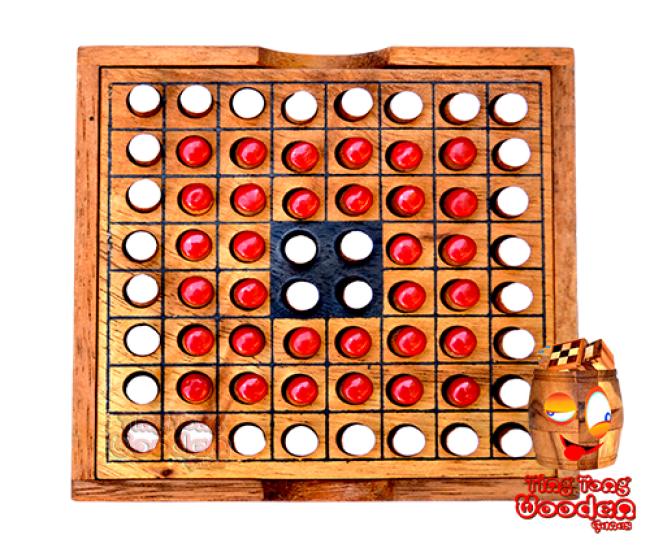