Reversi, here the big wooden box, involves the game of two parties on an eight by eight square grid with parts that have two different sides. Pieces typically appear coin-like with a light and a dark face, with each side representing one player. The objective of any player is that at the end of the game pieces of his color make up the majority of the pieces on the field by reversing as many pieces of the opponent as possible. Reversi is an abstract strategy game that was invented during the Victorian era. It has been popular for more than a century and was launched in the 1970s with a new version called "Othello" and another in the 1990s, when a computer version was integrated into the Microsoft Windows operating system. 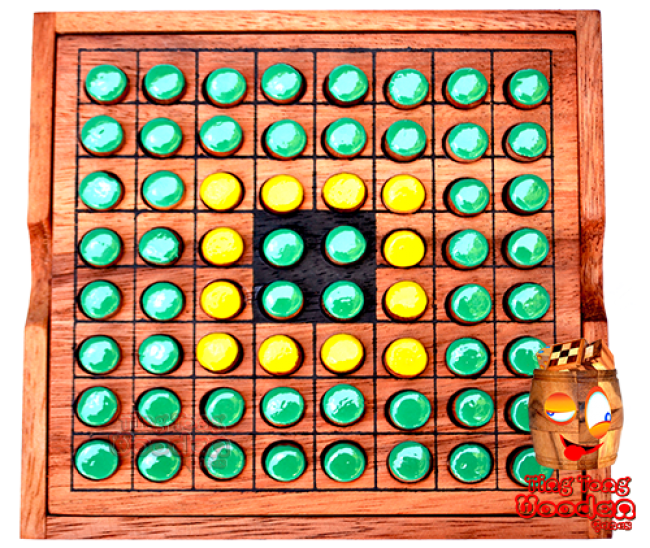