Snakes and Ladders Unleashed is a brilliantly fiendish new version of the classic game, with a continuously evolving game board and snakes and ladders that can move around throughout the game! We’ve also introduced lampposts, which you can both climb up and slide down!Players race to cross the finish line, whilst cunningly trying to improve their own chances of gaining ground faster and also block their opponents’ progress. It’s mischievous family fun at its very best! 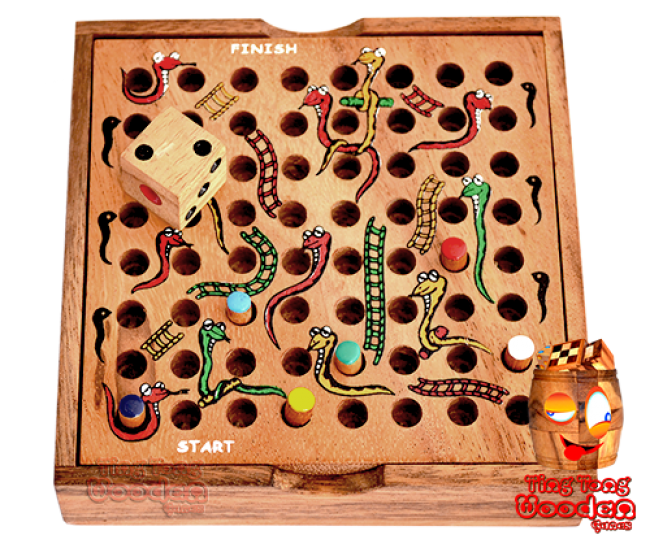