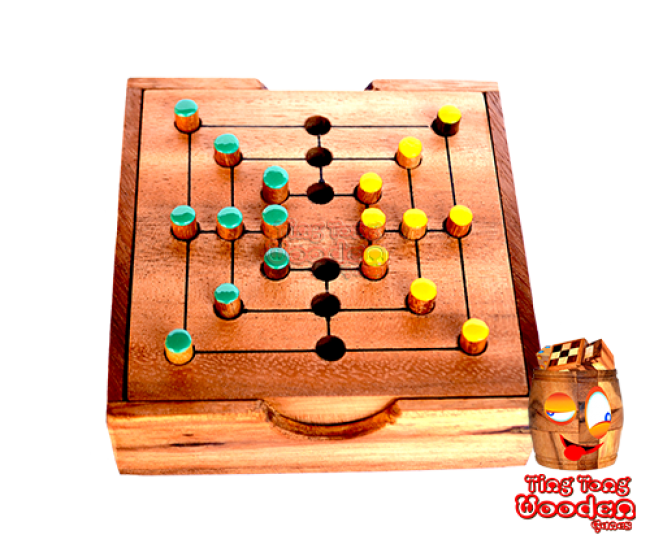 nine mans morris or the strategy game for 2 persons as a small wooden box monkey pod Thailand
Sales price 165,00 ฿
Ask a question about this product
Units in box: 1