Connect Four , Bingo, 4 wins bring the first 4 of your color in a row .... diagonal, vertical or horizontal ... 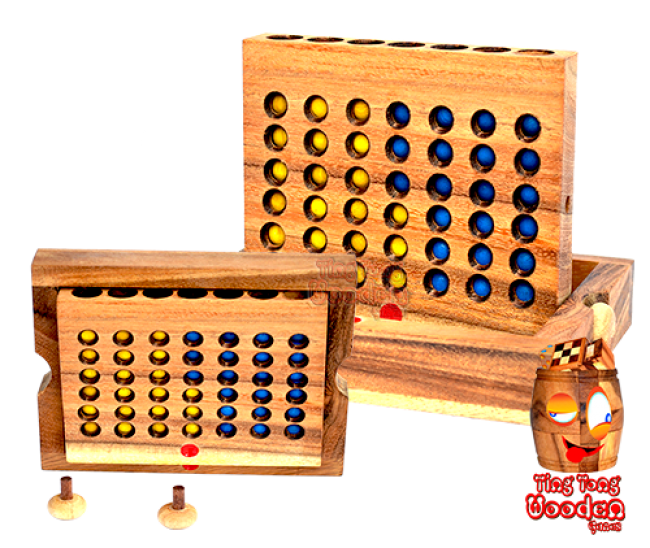 Four Wins as wooden version for the trip Bingo take away play us wooden in Samanea Wooden
Sales price 290,00 ฿
Ask a question about this product 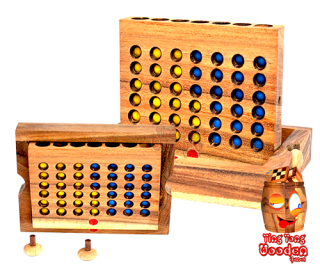 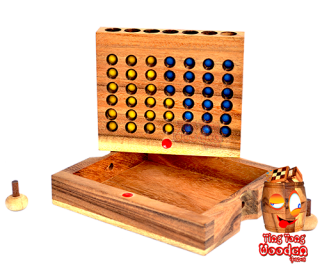 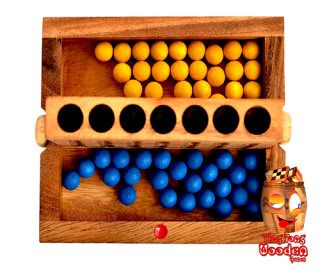 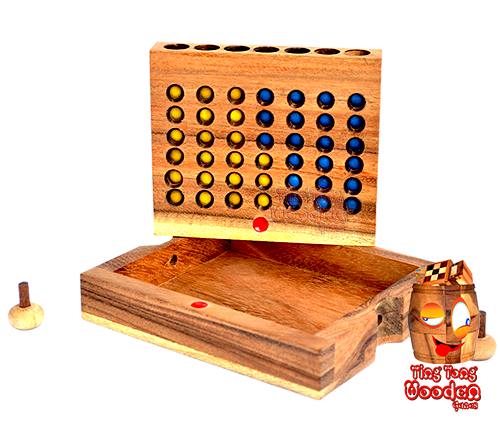 Here as Samanea wood box version with wooden balls. The box can be assembled together for transport. To prepare the Samanea wooden box for the game, please pull the 2 pins left and right out of the game and remove the board from the frame. When opening, make sure that the 2 red dots point downwards because otherwise all the balls fall out. 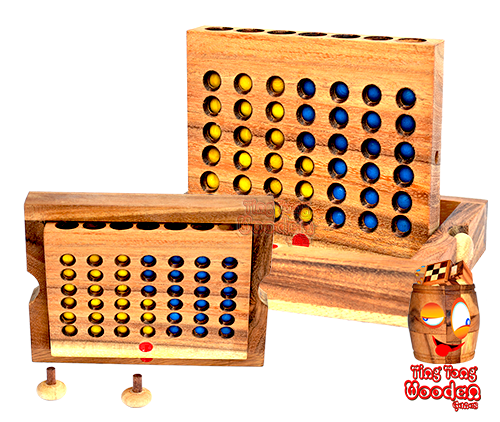 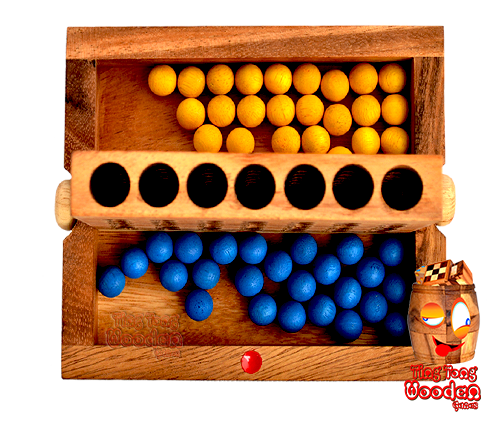