Barricade or Malefiz a game which is almost impossible to beat. Barikade Malefiz is easy to play and suitable for children and adults alike. The dice game is exciting until the end and it also depends on the strategy of the other players and not only depends on the number of cubes. ... a fun dice game with blockades for the whole family made of natural Samanea wood as a folding box ... 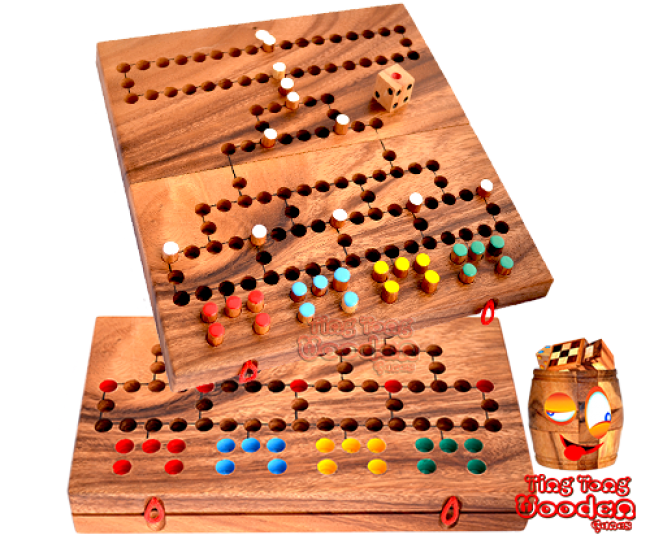 Barricade Malefiz Dice game for the whole family as wooden board to fold with figures and dice
Sales price 420,00 ฿
Ask a question about this product 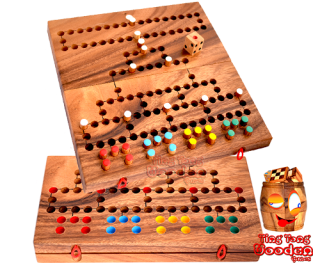 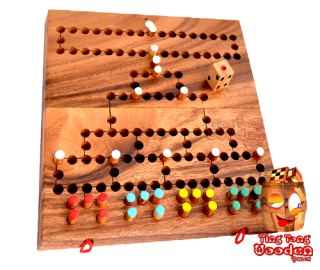 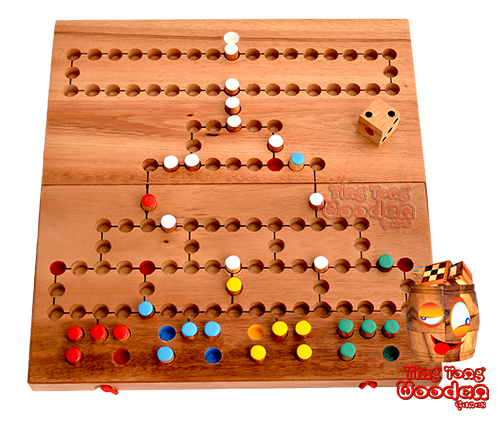 5 figures in 4 colors each,

Here we have a game which is almost impossible to beat. Maleficent is easy to play and suitable for children and adults alike. Barricade is exciting until the end and it depends on the strategy of the other players and not only depends on the number of cubes.

Maleficent or Barricade equal both names describe this game very aptly. Because the Latin word "maleficium" literally means "bad deed", and bad deeds in the maleficance game are barricades, and that should be ample in the course of the game to get in front of your opponents at the finish. Barricades and Rausschmeissen are the two variants with which you in the Barricade Malefiz game best wins, because the other players to block the way is a special part of this game. Malefiz was invented in 1959 by the then bakery employee Werner Schöppner; the Otto Maier publishing house Ravensburg, later Ravensburger game publishing house, gave it out already 1960. The name "maleficent" is said to have been obtained from the son of the publisher. "Barricade" is the name under which this game is distributed outside of Germany.

The goal of Malefiz is to bring one of the five own characters to the finish as fast as possible while preventing his opponents from doing the same.
This can be done in two ways: you can kick out the pieces of your opponents or block them so they can not just walk in the direction of the target. Each player receives at the beginning of 5 pieces of a color and places them before the beginning of the game on the bottom, according to the game color, starting field. The blocking figures, which are the white balls, are distributed by all to the red marked fields in the field. Everybody tries to get one of his pieces into the upper white box during the game. Whoever comes first has won.

Barricade start of the game:

It is rolled in turn and who has the highest number may start with this. All figures start in the black field, which is closest to the starting field. The starting points themselves are not counted.

You draw as many boxes in any direction as many eyes of the dice shows. Each piece can move forwards, backwards, up and down, but only in one direction within a turn. It can be all the characters in the game at the same time. Foreign and own characters may be skipped but not the white blocking figures. It may also be thrown out each other and this figure is returned to the starting point.

The blocking figures set up at the beginning, on the fields marked in red on the playing field, must not be skipped, no matter where they stand. In order to be able to move further upwards, the respective blocking figure must first be hit by a diced number. This means that my figure ends up pulling on a field where a blocking figure stands. This can then be taken away and you can drop off his own character there and move on the next throw. However, the White Lockpick can now be dropped off anywhere on the field, even before the next player rolls the dice, to shield himself or stop other pawns.

The end of the game is reached when one of the players has arrived in the white upper field. At the end, many white balls will be in line in front of the white field, so it may take a while until the game ends.

Have fun for your teammates