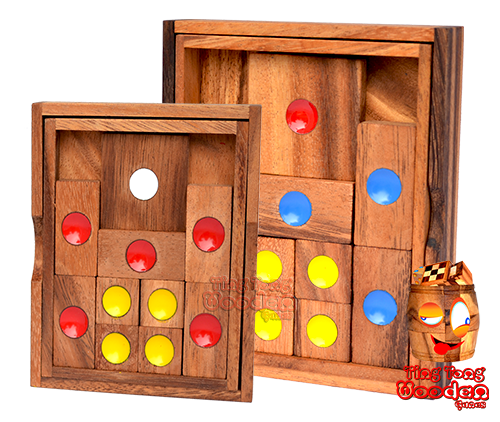 Khun Phaen is a famous character in Thai Legend. This game was originally known as `Khun Chang Khun Phaen' and refers to Khun Phaen being imprisoned. He breaks out of  jail by escaping the cordon of nine sentries who are guarding him. The Khun Pan here the solution how to bring the big stone with the red point out of the game. Pass him, through all the guards, down out of the slot and free the Khun Pan from captivity. Can be betrayed that this game has an old Thai history. The Khun Pan was a fighter, a hero of the people, who, from his captivity, was passing through 9 guards to gain freedom. Help the Khun Pan free. 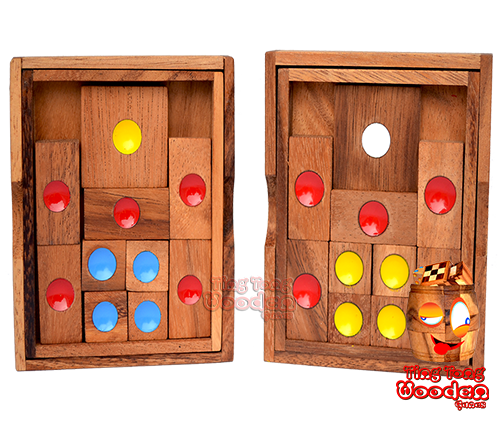 We have developed further starting variants for you in the course of time. You can set up other Khun Pan start variants yourself to solve them. To do this, take the pieces of the Khun Pans out of the box and place them as you see them in the following starting variants of the Khun Pan game below, or you just put them in as you think .... however, the one or the other start possibility Which you have inserted can not be solvable. If you have found further good starting positions and still have the solution in mind, you can send it to us we will use, with your approval this here on the page. The following versions are tested and also go ... try them out they are differently heavy of 7 steps to free the Khun Pan up to 150 steps.

The jail is represented by a four by five rectangle as shown. Starting with the square representing Khun Phaen and the rectangles and squares A, B, C, D, E, F, G, H, I, representing the guards in the positions shown in the diagram, you have to slide the pieces, keeping them all inside the jail at all times, to move Khun Phaen past all the guards into the position at the centre bottom from which he can escape to freedom.

The best way to try this challenge is to make yourself a model in cardboard or wood with a rectangular frame to keep all the pieces within bounds. This classic slide puzzle is based on the famous Thai legend of Khun-Phan. Khun-Phan, caught in a love triangle, finds himself imprisoned under the watch of nine guards. In the game, Khun-Phan is represented by the large square, and his guards are represented by the eight other pieces. Your mission is to help Khun-Phan escape through the opening on the bottom of the box without lifting any of the guard pieces off the board. This game comes with 8 different variations- the simplest solution takes only 7 moves, the hardest takes over 100! This beautiful wooden strategy game has ten tiles in a handcrafted wooden box with a cover for safekeeping. Escape9 is a perfect travel game, providing a convenient box for easy transportation and hours of fun trying to solve all 9 variations in the solution by the game you bought! Here you find more to continue the Khun Pan game ... 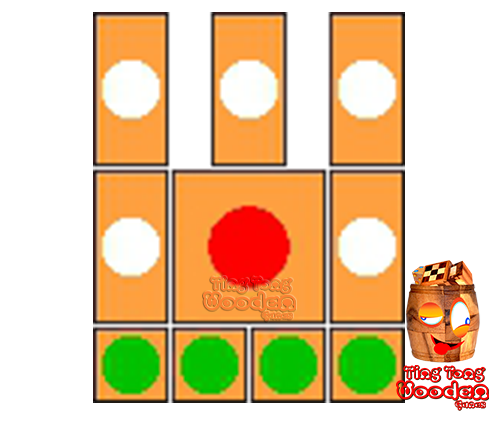 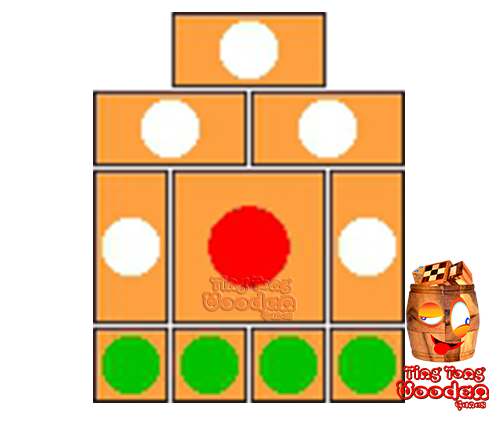 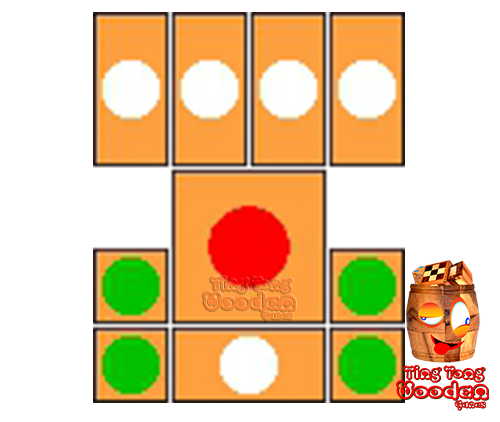 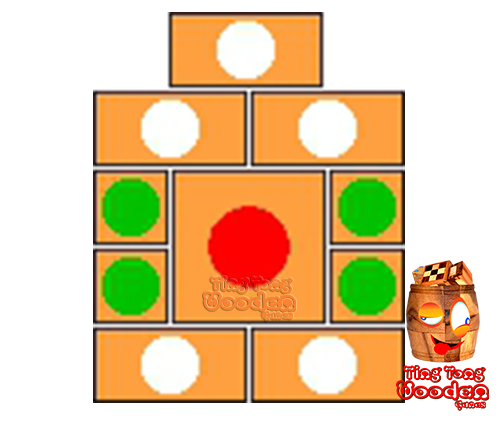 Only by pushing the stones must the big red stone be moved down to the middle to be able to leave the game. This is a very tricky task. If you have solved this problem after a long time, then you are prepared for the second task. For this purpose, the starting position is changed, the goal remains the same, only it is then extremely tricky. Play Khun Pan at home, in the tram, on vacation etc. You can close it at any time and plug it in and open it again later to continue playing. The first 4 starting positions of the Khun Pan sliding game were still easy with 7, 10, 16 or 29 steps now coming positions where it is already more difficult .... so on in the 2 round and in the heavy part of the flight of the Khun Pan. 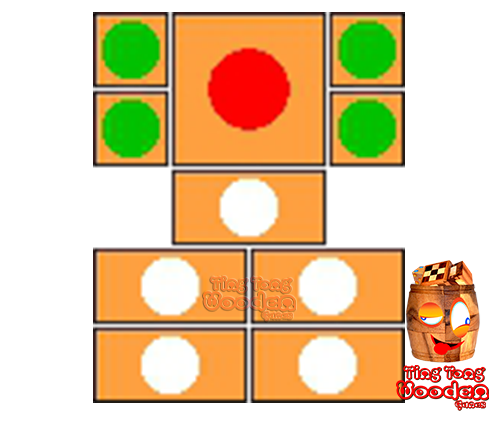 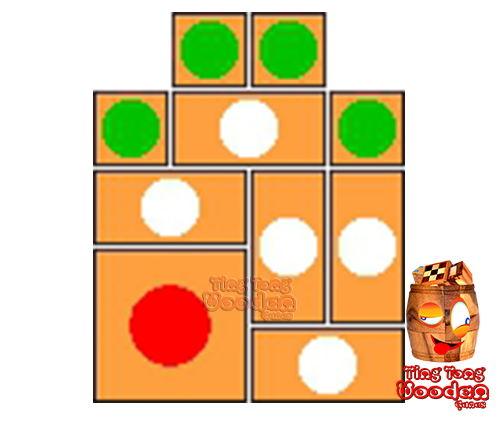 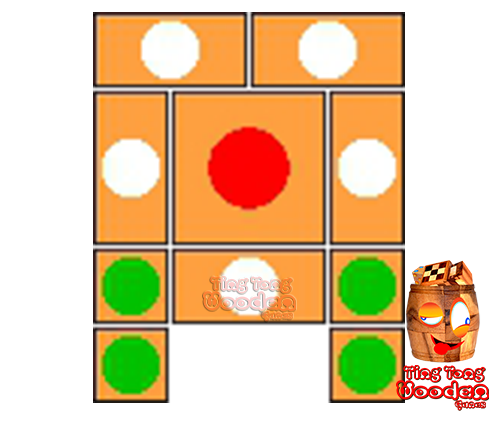 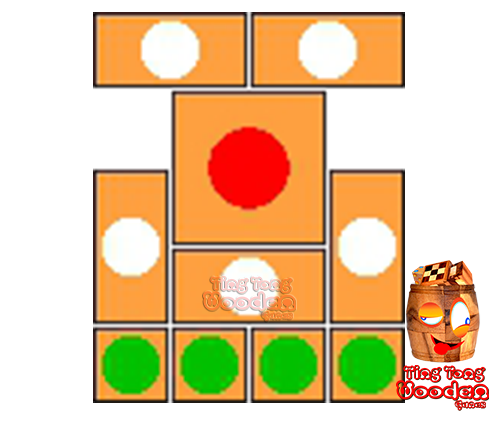 So 94 steps in the Khun Pan up to the Liberation is already quite hard .... but as you can think goes there still something .... go on and also crack the games with over 100 steps until the liberation of the Khun Pan From the sliding game of seeda wood ... 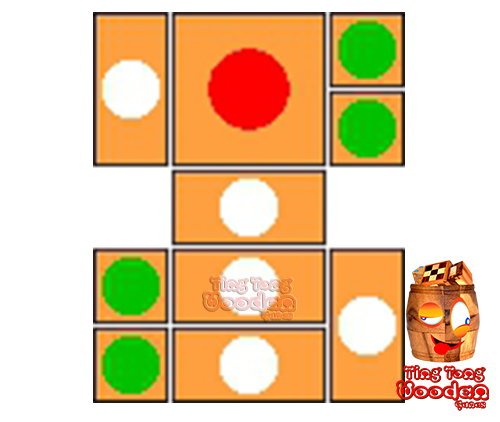 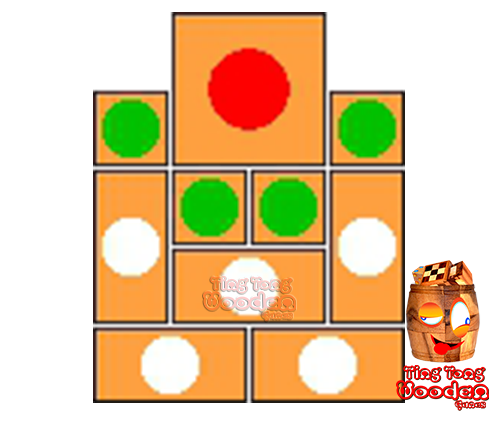 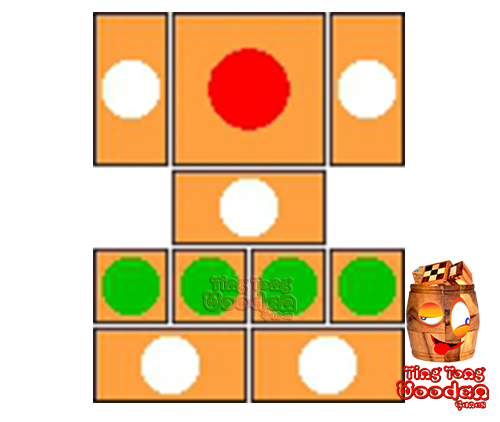 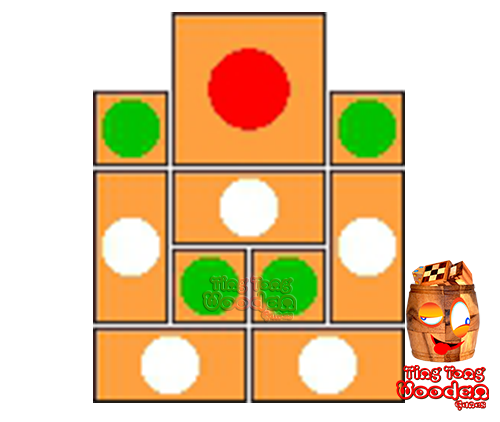 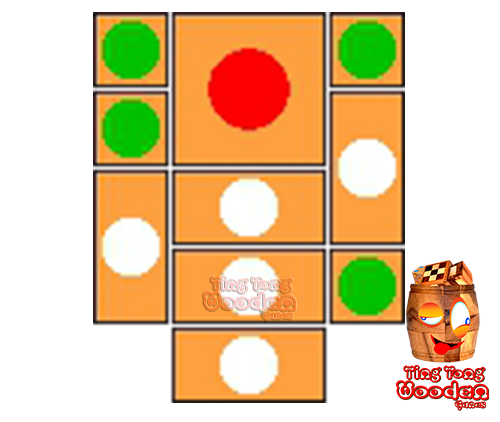 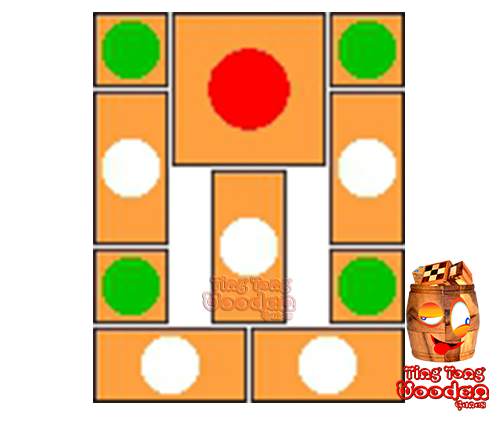 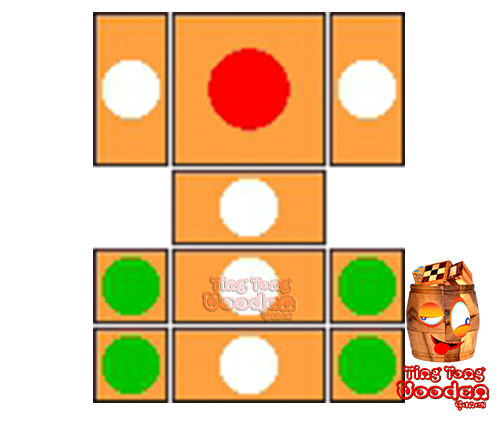 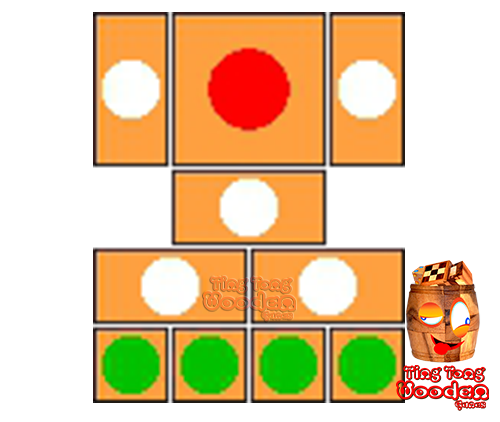 Have you managed all the Khun Pan extensions? If not here look times as it goes.

Khun Pan a 100 steps resolution of the start variant in the game pack: